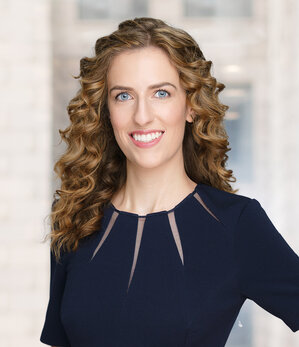 What makes a secret a trade secret worth enforcing? Trade secrets have traveled a bumpy path from the basis for a common law gut feeling about unfair competition to a federally enforced intellectual property right. Because almost any kind of “information” can be a trade secret, trade secret doctrine has a reputation for being a fact-soaked free-for-all. This is especially true when compared to the contours of copyrights, trademarks, and patents, which are strict at least in theory.

In The Value of Secrecy, Professor Camilla A. Hrdy calls for legal rigor and, despite the reputation that trade secrets are an opportunity to air grievances about contract loopholes rather than valid assets, finds that rigor in the statutory text and in courts’ recent rulings. Her hot-off-the-presses article posits that “independent economic value” is, descriptively and normatively, a meaningful threshold for trade-secret eligibility. Although a reader unfamiliar with the ins and outs of trade secret law may get a bit lost in the nuances, Professor Hrdy’s article on this fast-developing doctrine also illuminates to the generalist both the divide between legal theory and legal practice and the importance of framing a narrative to fit a court’s expectations.

Centrally, Professor Hrdy argues that a trade secret must have commercial value that is caused by its secrecy. This idea naturally emerged from the history of trade secrets in American jurisprudence and modern statutory manifestations (including the UTSA, developed as a uniform proposal that many states have adopted as-is, and the federal DTSA, passed by Congress in 2016). But it challenges common wisdom that the “value” requirement is as lifeless as the “utility” requirement in patent law.

It also challenges revered scholarship, such as William Landes’s and Richard Posner’s landmark economics work, that a trade secret’s value is self-enforcing; that is, a secret is necessarily valuable if someone went to the trouble of litigating it. It’s like the old joke, where an economist won’t acknowledge a $100 bill lying on the ground because, if it were really there, someone would have already picked it up. Well, not in Professor Hrdy’s view. She believes that both the text of the law and practical concerns, which so often sour good theories, make independent economic value not just worth considering but necessary.

First, she explains that “independent economic value” should be understood as a derivation of “competitive advantage,” which has always undergirded the character of a trade secret. “Information” is otherwise too broad a definition for intellectual property, particularly in light of the finicky web around copyrights, trademarks, and of course, patents. Professor Hrdy suggests that trade secrets, too, must fit into a standard rather than simply stretching out into a residual category. A trade secret that offers a “competitive advantage” means that a secret does not become a trade secret unless it provides a commercial edge over rivals. And independence requires that the secrecy of the information itself provides that competitive advantage. The secrecy of a password, while important, does not itself confer an advantage. But the allure of a secret sauce? Absolutely.

Second, she identifies the influence of this standard in case outcomes from the last five years. Courts with the opportunity to offer fresh interpretations of the DTSA have been scrutinizing the character of “information” to determine whether it qualifies as a trade secret as a matter of law. The myriad paths that courts have taken appear to lead to the same place. That is, courts have used a variety of circumstantial and direct methods to detect, whether they state it explicitly or not, independent economic value. Professor Hrdy’s review determined that courts probed the following: whether the value is commercial (rather than, for example, relational); whether it is valuable enough (albeit suggesting that “triviality” remains the rather low bar); whether the value was added because the information is secret (a masked form of causation); and whether the information has foreseeable or actual value (not a futuristic whim or outdated notes).

Professor Hrdy’s article is noteworthy for her success in imposing a framework on a doctrine that many commentators have dismissed as a scattershot cause of action—one that depends more on storytelling than doctrine. Her job wasn’t easy. She admits at least one type of information (religious scriptures) that was found to be a protected trade secret in one forum and unprotected in another. However, Professor Hrdy insists that the effort is worth it to prevent unreasonable lawsuits. She does not employ the term “trade secret troll,” but she cites a few articles that do. Trade secret litigation can and has been used to harass firms and former employees who find it too expensive to participate in a legal drama.

The article could do more to highlight that trade secrets, particularly, open the door to fishing expeditions into competitors’ business practices in ways that overwhelm the comfort of a discovery protective order. For former employees, naturally vulnerable defendants, the very threat of years-long litigation is the de facto enforcement for outrageous non-compete agreements. Even without these details, however, Professor Hrdy’s point is clear: a federal cause of action for trade secret protection opens the doors to colorable claims that can be cataclysmic for small actors, and judges should be able to close the courtroom doors to secrets that are asserted for this secondary value (i.e., leverage) rather than for independent economic value.