Tracking Change and Continuity in Twenty-First Century Copyright Fair Use 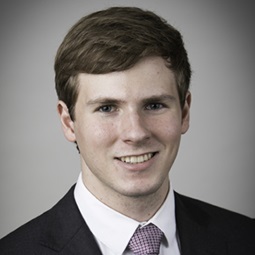 In the past sixteen years, copyright law has undergone important changes. Court have issued major decisions, such as Skidmore v. Led Zeppelin, which clarified the Ninth Circuit’s substantial similarity test and rejected the inverse ratio rule, and Capitol Records, LLC v. Vimeo, LLC, in which the Second Circuit elucidated a more concrete red flag knowledge standard for purposes of the Digital Millennium Copyright Act. Significant new copyright legislation, in the form of the Music Modernization Act, has also been promulgated. And during this period, fair use jurisprudence has also continued to grow apace. Many of the cases that are now considered copyright law canon for students, academics, and practitioners alike were decided during this period, including Bill Graham Archives v. Dorling Kindersley, Ltd., Perfect 10, Inc. v. Amazon.com, Inc., Cariou v. Prince, and Authors Guild, Inc. v. Google, Inc. Barton Beebe’s recent article analyzing fair use opinions from 1978 to 2019 thus provides a welcome update to his earlier work that covered fair use cases from 1978 through 2005.

Both Beebe’s original article and this update use statistical analyses of all the fair use opinions issued during the period to draw conclusions about how judges have applied the four fair use factors and their subparts. Beebe’s earlier work provided an important statistical analysis baseline for anyone wanting to understand, modify, or improve fair use. This long-awaited update will no doubt prove useful in providing the most recent data on fair use determinations to those in the copyright space.

The updated article, in addition to those opinions issued during 1978-2005, analyzes a further 273 fair use opinions from 220 cases. Perhaps surprisingly given the number of fair use opinions issued over the past decade and a half, fair use analyses largely remained the same during the 2006-2019 period. For example, the vast majority of courts have continued to primarily apply only the four factors listed in Section 107, even though the factors are explicitly meant to be nonexclusive. Courts also tend to apply them mechanically, moving through each factor to see which party it favors. The Second and Ninth Circuits, as well as the Southern District of New York, also continue to exert the most influence on fair use cases, although the Ninth Circuit is growing in importance.

However, Beebe discovered several important trends during this period. On average, the number of opinions addressing fair use is on the rise. Many more have arisen in opinions addressing motions to dismiss, which Beebe—no doubt correctly—chalks up, at least in part, to the Supreme Court’s stricter motion to dismiss standard from Bell Atlantic Corp. v. Twombly and Ashcroft v. Iqbal, both of which were decided after the initial study. The fair use defense has also been increasingly adjudicated at the summary judgment stage.

In addition, Beebe found that, like in his earlier study, lower courts continue to cite to overturned precedent and dicta. For example, in Sony Corp. of America v. Universal City Studios, Inc., the Supreme Court established the presumptions that commercial uses are unfair, noncommercial uses are fair, and commercial uses harm the plaintiff’s market. But in Campbell v. Acuff-Rose Music, Inc., the Supreme Court limited these standards by reducing the importance of commercial use to a considered factor rather than a per se fair use rule. Yet district courts have continued to cite to Sony unabashedly for these rules. This has even increased since 2005. Similarly, courts continue to cite the Supreme Court’s dicta in Harper & Row v. Nation Enterprises that factor four is “undoubtedly the single most important element of fair use,” even though the Supreme Court overrode this statement in Campbell by stating that all factors should be considered and that the transformativeness inquiry was at the heart of fair use.

The core of Beebe’s article, however, is how he uses data on the fair use factors to determine both the impact of a factor on the overall outcome and its correlation with the other factors. The first and fourth factors—the purpose and character of the work (including transformativeness) and market effect—continue to predominate, with the fourth factor correlating the most strongly with the overall fair use determination. The first and fourth factors also strongly correlate with each other.

Beebe notes that statistics cannot be a replacement for traditional doctrinal analysis, but the data he has gathered does provide a valuable high-level understanding of the trends in fair use jurisprudence and opens the way for further research on fair use. Hopefully, Beebe continues this long-running project. The Supreme Court’s decision in Google LLC v. Oracle America, Inc., is the first Supreme Court decision to address fair use since Campbell in 1994. How courts decide to interpret Google v. Oracle could prove significant for fair use decisions in the coming years, especially those involving computer programs and other technological innovations.