The Threat Value of Copyright Law 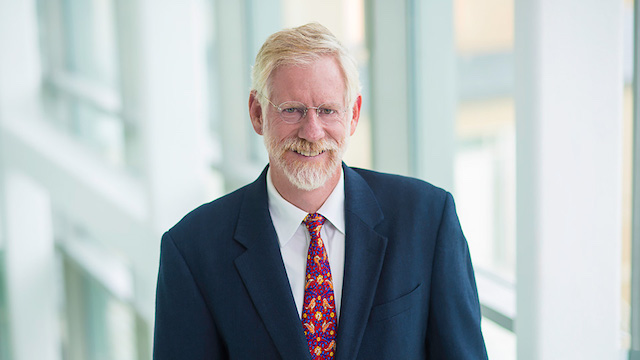 In two related pieces, Professor Cathay Y. N. Smith revisits the issue of plaintiffs using the threat value of copyright law to advance claims or interests other than protecting the value of original expression. As she documents, these threats appear to be on the rise in response to the growth of the internet and social media, the lack of coherent privacy law in the United States, and the comparatively powerful array of remedies copyright offers copyright owners.

This review focuses on the larger argument in Weaponizing Copyright, which generalizes from, and incorporates much of the argument from, Copyright Silencing. In it, Professor Smith has three overarching goals: (1) to expose the growing prevalence of “weaponizing” copyright; (2) to explain why copyright is more attractive than other bodies of law to achieve these non-traditional enforcement objectives; and (3) to argue that some non-traditional uses of copyright are justified while many others are not.

The first section identifies the enforcement objectives that she views as weaponizing copyright: (a) to suppress facts embedded in copyrighted works; (b) suppress others’ speech, particularly criticism; (c) punish or retaliate for non-copyright-related conduct; (d) protect reputation and moral rights; and (e) to protect privacy. One background fact that undergirds these examples is the privatized copyright enforcement system that YouTube has established through which three “copyright strikes” against an account holder results in deletion of the account. This system adds a new type of threat value to copyright law.

Smith begins with accounts of retaliatory uses of copyright. Copyright has been used to push back against online racism and sexism. When infamous Twitch celebrity PewDiePie shouted a racist slur while streaming himself playing one video game, the copyright owner of a different game filed a copyright strike to retaliate for this, and other similar episodes, by PewDiePie. In a similar vein, Alinity, a woman also popular on Twitch, responded to a misogynistic comment he made about her and other women gamers while commenting on her video by filing a copyright strike.

Two of Smith’s other examples less cleanly fit her narrative because the parties were already in a legally adverse relationship. A subchapter in the well-known free-speech dispute between Rev. Jerry Falwell and Larry Flynt involved Hustler’s ultimately unsuccessful copyright infringement suit against Falwell for using unauthorized copies of the parody at the heart of their dispute for fundraising purposes. More recently, Sony Records is in a termination-of-transfer dispute with Southside Johnny and another artist. To deter the growing number of artists seeking termination, Sony sought to counterclaim against the artists for contributory copyright infringement because they authorized their attorney to use Sony-owned album art on the attorney’s website to recruit new artist clients.

Smith next turns to uses of copyright to suppress unfavorable facts. The most well-established form of this practice is by public figures or their estates, e.g. James Joyce or Howard Hughes, who assert or acquire copyright to suppress unauthorized biographies. For an online version of this practice, Smith relays the story of television doctor Drew Pinsky (Dr. Drew) who dismissed the seriousness of Covid-19 in the early stages of the pandemic. When YouTuber (yes, it’s now a noun) Dr Droops posted a five-minute compilation of Dr. Drew’s statements. Drew filed a copyright strike and takedown notice on YouTube, which took down Dr Droops’s compilation. While the video was eventually made available again, the effort to suppress was temporarily successful.

Smith’s third category is related, but focuses more specifically on using copyright to censor criticism. Her examples includes the Church of Scientology and Jehovah’s Witnesses sending DMCA takedown notices to suppress critical commentary; Netflix sending takedown notices to Twitter to suppress criticism of its controversial film Cuties; and talk radio host Michael Savage threatening a civil rights organization and a documentary film production company for using clips of Savage’s on-air anti-Muslim tirade from 2007 in connection with critical commentary. While Savage’s suit against the civil rights organization was unsuccessful on fair use grounds, his takedown notice against the film was more effective.

The fourth category—protecting reputational and associational interests—is one that Smith agrees is a more traditional use of copyright, since these interests are explicitly protected by moral rights outside the United States. Her examples here include musicians and meme creators who sought to stop political uses of their creations by politicians or groups with whom they want no association.

The final category is uses of copyright to protect personal privacy. Copyright is an imperfect tool to combat nonconsensual pornography unless an image is a selfie, in which the author and subject of an image are the same. But, in the subset of cases involving selfies, copyright takedown notices can be an effective antidote. Sympathetic photographers can use their copyrights in aid of the interests of their subjects, as was done by a photographer who sued the anti-marriage-equality group Public Advocate for using her wedding photos of a gay couple holding hands and kissing in their mailings. Last, are celebrities who have asserted copyright against gossip publications that have obtained leaked photographs or videos.

The article’s second section explains why copyright law is a more attractive legal tool than other areas of law to advance the interests discussed above. In short, obtaining copyright and stating a prima facie claim for infringement are quite easy, enforcement costs are asymmetrical, copyright remedies enable speech suppression without traditional First Amendment review, copyright defenses are insufficient to deter questionable claims, and U.S. law does not provide robust privacy protection or moral rights that might more directly advance some of these interests. A few points that Smith discusses in this section are particularly worth noting. Enforcement cost asymmetry is exacerbated by YouTube’s copyright strike system because filing a strike is relatively cheap and easy, and the potential costs of losing a valuable social media account are quite high. The counter-notice option under the DMCA notice-and-takedown system is largely ineffective, and counterclaims that might raise the costs of aggressive enforcement, such as copyright misuse or state law anti-SLAPP actions, are unavailable. Finally, other sources of law are less effective tools because they are subject to First Amendment review and any attempt to enlist the aid of platforms will be unsuccessful because of Section 230.

After a section recognizing that mixed-motive cases will challenge any policy response to the uses of copyright she has discussed, Smith turns to three potential policy responses. The law can reject all uses of copyright that are not associated with protecting economic interests of the copyright owner, permit at least uses to protect personal privacy, or accept uses that advance dignitary and reputational interests so long as they do not involve suppressing criticism or disclosure of facts.

In engaging with the existing scholarship, Smith is sympathetic with uses of copyright to protect privacy interests, particularly in cases of nonconsensual pornography, but she expresses concern that if privacy is defined too broadly it could also support uses of copyright to suppress evidence of domestic violence or other abusive behaviors. She also sees merit in focusing reform efforts on developing areas of law that more directly protect the interests discussed in the Article.

In the end, Smith concludes that a general line-drawing approach to addressing all of the uses of copyright she discussed would be too difficult, but that the evidence of increased uses of copyright to censor criticism or suppress unfavorable facts should be addressed by making enforcement more symmetrical. Three ways to do that would be to make copyright misuse an affirmative claim, allow anti-SLAPP laws to apply to censorious copyright litigation, and strengthen the balance in the DMCA notice-and-takedown process to deter abusive takedown notices.

These recommendations receive more attention in Copyright Silencing, but I would have liked to see these further developed in this piece. With that said, I enjoyed reading this article, and I agree that Professor Smith has identified some troubling uses of copyright that are exacerbated by the current structure of social media’s privatized dispute resolution scheme, particularly YouTube’s strike system.