Right of Repair in the Digital Economy 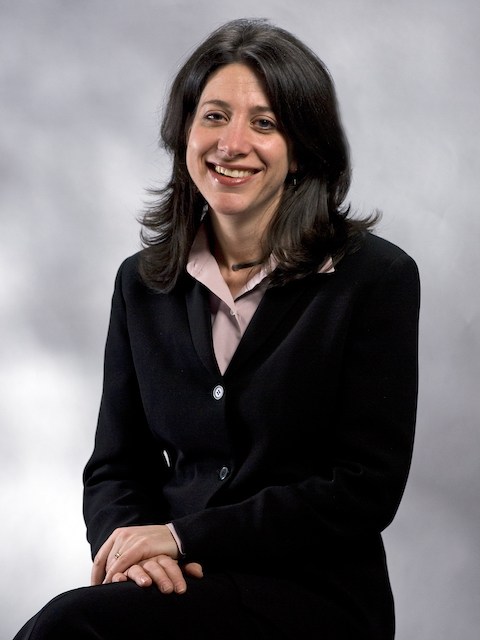 The right of repair problem is easy to identify and touches many aspects of everyday life. Our coffee machines break and, because certain components are protected by patent and copyright, this relatively simply machine cannot be fixed except by the manufacturer, who charges as much as the machine itself to replace the part. Automobile repairs performed only by “authorized dealers” preserve warranty agreements and are enforced through trademark law as well as patent law. These kinds of restrictions  make the market for repairs tightly controlled and expensive, sometimes entirely foreclosed, pushing consumers to buy new products instead of fixing old ones. The restrictions benefit manufacturers and their business partners. But it hurts consumers and repair shops and contributes to substantial amounts of waste inhibiting efforts at reversing devasting climate change.

In an elegant analysis, the Article identifies IP as both the problem and solution to protecting the right of repair. In a reversal of the usual use of IP, the authors cleverly rely on IP law’s internal justification of utilitarianism, incentivizing innovation, personal autonomy, scientific progress, and promoting information disclosure to justify expanding access to consumer products for users and small-businesses as opposed to strengthening control in the owners of intellectual property. When this analysis is paired with the socio-legal movement also described in this Article – the consortium of independent repair shops, “do-it-yourselfers,” and e-recyclers – the Article is a helpful and insightful roadmap for the “fair repair” legislative initiatives across the country.

One of the Article’s many engaging qualities is its plethora of details about the “fair repair” movement and the overwhelming variety of everyday consumer products affected. The Article describes legislative initiatives in approximately 20 states, the proposed model legislation for the “right to repair,” and the problems the legislation has been facing. In the process the authors paint a picture of a socio-political movement that should be relevant to most people but somehow has stayed relatively obscure. The examples of IP rules burdening or blocking our ability to repair cell phones, coffee makers, computers, agricultural machinery and home heating and cooling systems, to name just a few, are sufficiently ubiquitous for the problem described to feel personal and urgent.

The Article’s central innovation is its configuration of the “right of repair” in terms of four concentric circles.At the core is the individual consumer’s right to repair goods they own without interference by the original manufacturers. For this right, the Authors rely heavily on the first sale doctrine – the IP principle that once owned, an object is the dominion of the owner free from restrictions by others to use, resell, alter, or destroy.

The next level circle expands the right of repair beyond consumers to repair shops and includes not only repair (as a form of property use) but diffusing information regarding repair, such as through instructional videos, paper manuals, or advertising. The Authors argue that diffusion of repair information is essential to enable the right of repair in a meaningful manner. This circle implicates First Amendment interests and the legality of circumventing “digital locks” that prevent access to technological mechanisms in need of repair.

The third circle focuses on the right to make, sell and use replacement parts in competition with the original equipment manufacturer. This level of the right to repair aims to disrupt the original manufacturers’ monopoly over replacement parts – a monopoly IP law arguably grants them – while preserving some market share to IP owners to earn profits necessary to incentivize the parts’ production in the first place.

The fourth circle proposes an affirmative duty of original manufacturers to ensure effective implementation of the right to repair. The Authors acknowledge this may be the most controversial component of their analysis but it is the focus of the model legislation currently debated and thus essential for a thorough discussion. It is also one of the most interesting aspects of the Article because it directly addresses the challenging theoretical issue of “rights” being meaningful only when complemented by “affirmative duties.” This discussion mentions the possible fruitful path of compulsory IP licenses and the difficulties posed by the 2016 Defend Trade Secrets Act.

At each level of the right to repair, the Authors analyze the relevant IP doctrines and legislative initiatives, emphasizing tweaks to IP doctrines necessary to effectuate the right and legislative corrections that would make proposed “right of repair” bills stronger or more likely to succeed. At the end of the Article, the Authors address lingering and plausible critiques of their proposals – such as maintaining quality, economic loss, and counterfeiting – tying up some of the loose ends that are inevitable in an ambitious project such as this one.

As all IP professors know, IP laws overlap, and that complicates the analysis of their application across a range of scenarios. Students nonetheless usually learn IP law doctrine-by-doctrine, and the justice implications of IP law can be frustratingly marginal in many introductory courses. But this Article and the right to repair for which it advocates provides serial examples that demand inter-doctrinal analysis combining trademark and patent law, for example, or copyright with design patent law. And in the context of the right of repair, the analysis also demands attention to welfare and environmental justice and implications of consumers investing in property they are legally forbidden to maintain.  It is an article easily used when teaching to draw on these overlapping IP issues that also combine civil rights concerns, or to refer to students searching for a research topic with contemporary significance and many still-unanswered questions.

Although drawing on a political movement already afoot, this Article reads like a call to arms written by advocates who are equally theoretical and practical to launch a successful revolution. The elegance and thoroughness of the Article’s arguments, however, diminish the need for a revolution of IP law and call only for targeted adjustments fully consistent with IP law’s purposes and structural features. There are other likely partners in this movement left untapped. I couldn’t help but think of the many rights on which we rely that are dependent on others and on which this Article’s analysis could draw – rights to reproductive freedom and the right to vote, for example, both of which are under siege at the moment and critical to the human autonomy and equality on which this Article’s “right of repair” ultimately relies. Perhaps painting with too broad a brush and drawing analogies to controversial subjects undermines the Authors’ agenda. The Article’s framework is IP law, not constitutional law, but their mutual resonance makes the Article intriguing and timely. It is well worth consideration as a model of IP scholarship increasingly relevant in the digital age.