Carys Craig is far from the first scholar to criticize copyright law’s vague “substantial similarity” test for infringement, especially when that test is based on the even vaguer “total concept and feel” standard, but the difference is that in her new article, Transforming “Total Concept and Feel”: Dialogic Creativity and Copyright’s Substantial Similarity Doctrine, Professor Craig advances an alternative approach that might get some traction.

Professor Craig centers her critique on a recent case that involves the two images below. A jury could look at these two photos and decide that an ordinary person could view the “total concept and feel” of the two images as the same. But Craig explains why that’s not the right outcome.

The image on the left is a photograph by Lynn Goldsmith. The subject, of course, is the late and much-lamented Prince Rogers Nelson: the musician the world knew and will remember as “Prince.” Goldsmith made the photograph in 1981, just as Prince was breaking into the public’s consciousness. The photograph was made during a shoot that was originally undertaken for a planned story on Prince in Newsweek—a story that never ran in that magazine. In 1984, Vanity Fair licensed the Goldsmith photo for $400, but they didn’t use it in the story they published on Prince. Instead, they gave it to pop art colossus Andy Warhol, who cropped the photograph down to Prince’s face and used it as the raw material for 16 iconic portraits in Warhol’s “Prince Series,” one of which, pictured below at right, was used to illustrate the Vanity Fair article. 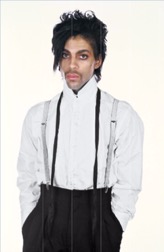 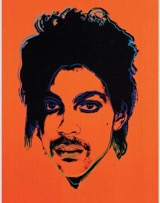 Professor Craig’s article focuses on the substantial similarity issues that the litigation over Warhol’s Prince Series raises. It is perhaps an odd fact that on perhaps the single most important issue in copyright law—the degree of similarity between a plaintiff’s work and a defendant’s that is necessary to support liability—the copyright statute is conspicuously silent.

In the absence of any statutory command, the federal courts have developed a set of related tests for similarity that all boil down to the same ultimate inquiry: would an ordinary lay observer, reader, or listener (the final word used depends on the medium involved) consider the works to be impermissibly similar?

As Professor Craig notes, the reaction of an ordinary lay observer is certainly relevant, but it should not comprise the entirety of the test for what is referred to as “substantial similarity.” Section 102(b) of the Copyright Act directs that courts must not base infringement findings on facts, ideas, concepts, and other elements of creative works that are outside the scope of what copyright protects. And it’s true that before remitting an infringement lawsuit to the ordinary observer’s judgment, courts often perform an analysis in which they dissect the work into protectable and unprotectable elements, disregard or “filter” the latter, and compare the degree of similarity with respect only to the former.

But courts do this only to ensure that there is enough similarity in protected expression for the case to go to the jury, which will then apply the ordinary observer test. So if a reasonable jury could find infringement based on similarity in protected elements alone, the “dissection” phase of the test concludes and the case is given to the jury to apply the ordinary observer test. Often, courts treat the two phases of the analysis as disjoint. That is, juries often are not instructed, in performing their ordinary observer analysis, to disregard similarities that relate to elements of the plaintiff’s work that the court previously has found unprotected.

Consequently, the jury’s ordinary observer inquiry often is little more than the application of unguided intuition. As Professor Craig notes—and others have noted—nothing in the “ordinary observer” directs that juries, or even judges in bench trials, confine their intuitions about impermissible similarity to the protectable elements of the plaintiff’s work.

Professor Craig argues that this problem is made worse by a formulation of the substantial similarity test that appears in decisions of both the Ninth and Second Circuits directing juries to assess similarity in terms of the “total concept and feel” of the two works at issue. That formulation is indeed a misfire. It directs juries to focus on an element, the work’s “concept,” that Section 102(b) of the Copyright Act identifies specifically and by name as unprotectable. The formulation also directs juries to focus on an element, the “feel” of a work, that may differ from observer to observer and is only dubiously copyrightable even when its content can be articulated with any measure of precision.

In short, copyright’s substantial similarity test is a doctrinal failure. But Professor Craig has a suggestion for how to salvage the test—one which uses elements of the current approach and therefore is in the nature of a course-correction that a court might actually entertain. Here, in a nutshell, is Professor Craig’s approach:

Professor Craig revises the substantial similarity test at two levels. First, she’s re-fashioned the “total concept and feel” test into a tool for identifying when a defendant’s work differs so substantially from a plaintiff’s that it should escape copyright liability altogether. In such instances, defendant’s copying was in the service of creating something substantially new—an outcome which fulfills copyright’s grounding purpose of encouraging the production of new works, and which therefore, Professor Craig argues, should be outside the scope of the copyright holder’s monopoly.

The Warhol Prince Series, Professor Craig suggests, should escape liability: Warhol’s works, which boldly outline Prince’s face against various brightly-colored backgrounds, portray Prince as an icon at the height of his power, as distinguished from the young, vulnerable artist captured in the Goldsmith photograph. It is unclear precisely how Warhol achieves this transformation; Warhol’s ineffability is entwined with his greatness. It is clear—at least to me—that Warhol does in fact produce work that is both recognizably based on the Goldsmith and yet indisputably new.

Professor Craig’s first move thus re-conceptualizes the “total concept and feel” formulation as a helpful way of framing the inquiry into whether the defendant’s work is new enough to slip the bonds of plaintiff’s copyright, rather than as a misleading way of inquiring into the presence of the degree of similarity required for liability.

Professor Craig’s second innovation is equally helpful. She re-positions the “dissection” part of the substantial similarity test to a place—after the revised “total concept and feel” inquiry rather than before—where it can actually do some good. After Professor Craig’s re-ordering, the two parts of the test are no longer disjoint. Rather, dissection must be undertaken only if the initial inquiry does not fall in favor of the defendant. In that case, the “total concept and feel” of defendant’s work is close enough to plaintiff’s where the factfinder, be it jury or judge, must inquire whether the similarities between the two works are due to defendant appropriating substantial protected expression, or re-using unprotected facts, ideas, concepts, such stock elements that are properly treated as scenes a faire, or expression that merges with underlying ideas.

While I would have welcomed an explanation of how her revised substantial similarity test could be administered in a jury trial, the article merits a close reading, and I recommend it.