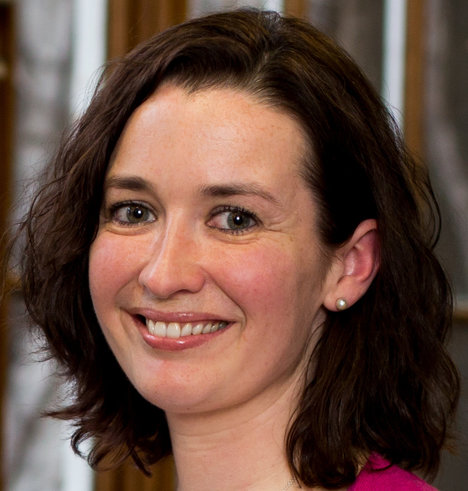 It is something of a received dogma among intellectual property scholars that, despite their common goal of incentivizing creativity, the copyright and patent regimes achieve this goal through wildly divergent legal structures. Professor Joseph Fishman’s excellent piece, Originality’s Other Path, sets out to question this dogma.

As I often describe these twin systems to my Intellectual Property (IP) students, they are in many ways mirror images of each other: patent law demands much more from inventors up-front—a patentable invention must represent a significant creative leap from prior technology—while copyright grants protection more indiscriminately to any artistic work possessing a modicum of creativity. Once an inventor clears this higher patentability hurdle, however, she is in possession of a powerful sword against anyone who would seek to practice her invention. Copyright, on the other hand, makes up for its more indiscriminate grant of protection by creating many safety valves for would-be infringers: independent creators are not liable for copyright infringement, and (owing to the fair use doctrine) neither are those who, although borrowing from copyrighted works, manage to sufficiently transform those works. Thus, although the Supreme Court has spoken of a “historic kinship” between patent and copyright law, to the trained observer, this kinship has always seemed to begin and end with their shared goals. And, whether by design or by historical accident, these divergent structures are generally taken to be a good thing. After all, what could be more fittingly different than two legal regimes designed to incentivize two radically different domains—two cultures, even, as C.P. Snow famously put it1 —of human creativity?

In Originality’s Other Path, Professor Fishman unearths a line of copyright cases stretching back to the 1800s that reveal a now-forgotten common origins story of patentability and copyrightability thresholds. In the process, he pushes us to reconsider whether the boundaries between “art” and “technology” are as immutable as C.P. Snow would have us believe or, as scholars in science and technology studies have long argued, they are instead fragile and porous. In turn, recognizing hidden kinships between art and technology opens the door for a more fruitful—and more deliberate—cross-pollination between patent and copyright law.

Professor Fishman begins his article by taking us back to the 1800s IP jurisprudence of Justice Story, who saw no inherent difference between the patent and copyright systems, and who considered that neither patent nor copyright law required a creative leap for obtaining protection. To the contrary, in Justice Story’s opinions, the bar for both copyrightability and patentability was low, with patentability requiring only a new invention, and copyrightability some independent intellectual labor. This story is largely known. What is new in Professor Fishman’s narrative is his uncovering of another later story, this time one that focuses on Justice Nelson’s efforts to increase the threshold of protection in both patent and copyright law. While Justice Nelson was successful in the field of patents—and his 1851 decision, Hotchkiss v. Greenwood, is often cited as the cornerstone for our modern non-obviousness doctrine requiring an inventive leap for patentability—his earlier decision advocating for a similarly high threshold of protection for copyright law had largely been lost to history.

In exploring this second Justice Nelson’s opinion that preceded Hotchkiss, Jollie v. Jaques, Professor Fishman reveals “a moment in jurisprudential time at the century’s midpoint when a heightened creativity threshold looked just as likely for copyright as it did for patent law.” (P. 18.) Jollie’s language describing copyright’s “originality” requirement was expansive. It required a patent-like showing that a particular artistic work “surpassed whatever the author’s peers ‘with experience and skill might readily make.’” (P. 23.)

What is particularly interesting about these two stories is that for both Justice Story and Justice Nelson, despite standing at opposite ends of the protectability threshold, patentability and copyrightability standards rose and fell together. In this sense, our modern-day understanding of copyright and patent doctrines as reflecting some essential difference between the domains of art and technology is not rooted in historical practice.

In excavating the history of this forgotten, heightened originality standard, Professor Fishman finds surprising traces of Jollie’s standard in modern-day musical arrangement cases. Professor Fishman deftly traces the contribution of particular individuals embedded in specific legal and musical communities to the development of our current doctrine. He reminds us that common-law evolution is often contingent on the social norms, beliefs, and practices of communities of lawyers, artists, and scientists. In Fishman’s account, it was through the work of a lawyer and musician, Joseph James, who advocated for a higher standard of creativity for musical arrangements, that Jollie began to influence modern-day musical arrangement cases. In a later case, Woods v Bourne Co., it was again the background and experience of the presiding judge, Richard Owen, also a lawyer and musician, that likely influenced his reliance on Jollie, and his adoption of a heightened copyright standard for musical arrangements. This heightened standard could be seen as an effort to transpose a distinction made in the world of music between “cocktail-hour pianists” and “real composers” to the world of law, by denying copyright protection to the former, more “trivial” arrangements.

As intellectual property scholarship has become increasingly interested in understanding the social processes that underlie artistic and technological creativity, insights such as these, linking community membership to litigation strategies, are incredibly valuable to our understanding of doctrinal evolution. Indeed, in a seminal case in patent law, Diamond v. Chakrabarty, this type of historical “process tracing” similarly revealed the crucial role that community social norms played in litigation strategies. In Chakrabarty, it was General Motors lead attorney’s embeddedness in a community of engineers that allowed him to conceptualize patenting genetically engineered bacteria, long-thought unpatentable by the biological sciences community, as equivalent to patenting mechanical parts of a machine.2

Finally, Professor Fishman’s article joins a growing literature in IP law that advocates tailoring IP doctrines to the specific needs and dynamics of technological or artistic communities. Viewed through a tailoring prism, Jollie’s heightened threshold for copyrightability in the narrow field of musical arrangement cases could represent an efficient doctrinal evolution to fit the needs of this particular community and foster creativity. Of course, there is nothing to guarantee that the social norms that prevail in any particular community are welfare maximizing.

Professor Fishman, I think correctly, doesn’t push this normative point in his article too far. Rather, he leaves the possibility of tailoring and cross-pollination between patent and copyright regimes open for future study. He suggests that some policy problems arising in copyright law have elements in common with problems in technological innovation, such as the problem of thickets of rights that can harm, rather than foster, cumulative creativity. This rediscovered historical and policy kinship between patents and copyrights also implies that copyright law can sometimes learn from solutions implemented by its patent law cousin. It is also intriguing to consider what a deep engagement by the federal bench with a heightened originality standard in discrete areas of copyright law might teach patent law. Reviving the historic kinship between copyrights and patents, and identifying cross-cutting similarities between areas of copyright and patent law, may infuse both domains with a jolt of legal creativity.