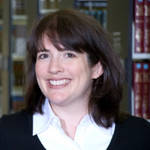 There’s nothing like the realpolitik of copyright to push you into the arms of trademark law (see Dotan Oliar on Bill Patry, supra), but as Mark Lemley and Mark McKenna reveal in Owning Mark(et)s, there’s plenty of corporatism at work in the evolution of trademark law, too. Lemley and McKenna don’t put it that way, and they probably wouldn’t. But it’s hard to read Owning Mark(et)s without reflecting on how thoroughly legal rules are changing to favor the great and powerful, whose primary goal, as ever, is to foreclose markets to new entrants—including markets that the great and powerful haven’t entered.

Knowing that it doesn’t pay to be a bully, trademark owners have styled themselves victims of junior users who, in using established marks in “unrelated” markets, “are mere free-riders, reaping where they have not sown.” This may sound appealing, but trademark rights are supposed to flow from use in trade. One who hasn’t entered a market isn’t supposed to “own” it. As Lemley and McKenna write, “[t]he idea that a mark owner is harmed because a defendant interferes with its ability to expand operates on a presumption that the mark owner ought to have the right to expand without interference.” But the trademark owner doesn’t have that right unless the law says it does. This is the circularity that “seems to have carried the day in copyright,” and as Lemley and McKenna demonstrate, it’s transforming trademark law, too, as courts give trademark owners priority in markets that their trade hasn’t entered, but to which it might conceivably extend.

Fortunately, the authors have a plan.

I’ve divided Owning Mark(et)s into three parts: the law; the evidence; and the proposal. In the first part, Lemley and McKenna relate the “traditional” case for trademark protection—namely, the prevention and punishment of source confusion—and then describe how, beyond that, things “get a little more complicated.” The complication lies in the fact that trademark owners now allege, as harm, not the diversion of existing trade, but the usurpation or destruction of future trading opportunities. If, for example, a third party were to offer Apple watches for sale, Apple’s complaint wouldn’t be, “They deceived my customers,” but instead would be that “the existence of another Apple in the watch market impedes the original Apple’s ability to expand—either into the watch market or other related markets.”

This is a powerful argument for trademark owners precisely because it’s always available, regardless of how little proximity there is between plaintiff and defendant in the marketplace. Lemley and McKenna illustrate the point by describing a handful of recent trademark cases in which source confusion was absent, but in which, nonetheless, courts acted to remedy the “harms” of market preemption and free riding. None of these cases should be news to trademark scholars (or practitioners), but taken together, they tell an interesting story. It’s a coherent and engaging read.

This part also contains more than a few sentences that made me reach for my pen. In revealing how trademark owners characterize benefits to defendants as harms to themselves, for example, Lemley and McKenna write, “[i]n fact, however, these claims of harm and claims of benefit run together, particularly in [intellectual property], where the entire concept of harm is in some sense an artificial construct based on the government’s decision to create a right.” The authors’ focus on the relationship between harms and benefits is one of the more intriguing aspects to Owning Mark(et)s. As they point out, we now appear to live in a world in which it’s not enough to suffer no harm; others must not be allowed to benefit, either. Copyright already has embraced this orthodoxy, which is why it’s so hard to care about copyright law any longer. Et tu, trademark? As Lemley and McKenna observe, “a right to control ancillary markets bears striking resemblance to the derivative work right in copyright law.” It’s all coming together now, and not in a good way for consumers.

The second part of the article discusses marketing studies showing that brand extension doesn’t damage consumers’ perceptions of the “core brand” (e.g., Neutrogena hand lotion) but, at worst, damages their perceptions of the “parent brand” (e.g., Neutrogena) in an abstract sense. According to Lemley and McKenna, this doesn’t translate to much, if any, harm to brand value, and I think they’re right, although I’ve always been suspicious of the sorts of studies on which they rely. The problem is that trademark owners aren’t likely to take much, if any, comfort from this, which means they aren’t likely to stay their hands as a result. The great majority of trademark scholars know, in their hearts, that these harms to brands aren’t occurring. But we’re not the ones bringing the cases.

Which brings me to the third part of the article. A solution to the problem that Lemley and McKenna describe isn’t obvious, primarily because courts have used a variety of doctrines to satisfy the demands of trademark owners. Lemley and McKenna resolve this difficulty by proposing to require plaintiffs in trademark actions to show “trademark injury,” which the authors define as a material amount of “confus[ion] about actual source or about responsibility for quality.” This is a nifty solution because, like antitrust injury, the doctrine could be created by courts. Congress is not about to adopt such a thing because the International Trademark Association, which drafts the bills, is not about to propose it. Now, I’m the last person to ask courts to legislate, but when Congress uses lawmaking to cultivate its most powerful constituents, it’s hard not to look to courts for help—particularly where, as here, there’s precedent for courts to act. Of course, “[a] trademark injury doctrine is not a panacea.” But at least it’s something workable, and maybe even wise. That, in itself, is worth celebrating.