Is It Time to Examine the Concept of Originality in Musical Works? 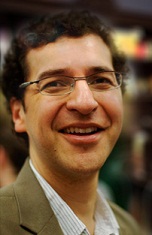 Copyright often makes little sense, particularly when you explain it to people who are not familiar with its concepts. Jessica Litman expresses this problem well in her book Digital Copyright by stating that people “find it very hard to believe that there’s really a law out there that says the stuff the copyright law says.” Anyone who has had to talk to members of the public about copyright will have similar experiences.

One area of copyright that has been receiving quite a lot of coverage recently is originality of music, especially in various high profile cases in which famous artists have been sued for copyright infringement. The most visible perhaps is the recent case of Williams v. Bridgeport Music, Inc, in which the estate of Marvin Gaye sued Robin Thicke and Pharrell Williams for copyright infringement in the hit song “Blurred Lines,” alleging that the music was too similar to that of Gaye’s famous “Got to Give It Up.” The jury decided in favour of Gaye, and the estate was awarded $7.4 million in damages. That ruling is on appeal at the time of writing, and it has proven controversial amongst copyright experts and music industry insiders. Some have argued that the ruling could have a negative effect on musicians trying to explore music from previous eras, incorporating sounds and styles from famous artists. Similarly, over 200 musicians have supported the ongoing appeal, arguing that the decision could have a chilling effect on creativity.

In Original Sin: Reconciling Originality in Copyright with Music as an Evolutionary Art Form, Emma Steel does not address the case of Williams v. Bridgeport Music as such, but she explores the question of originality in music in an interesting and noteworthy manner that is relevant to that litigation. Steel first describes the evolution of music’s component elements, paying special attention to the evolution of rhythm and melody as the basic building blocks of musical creations. Rhythm takes the form of tempo, metre, and rhythmic pattern. These provide a repetition of timing that tends to be common in various styles and genres. For example, the 4/4 metre is the most popular timing, while 3/4 is found in waltzes and country music. Melody, on the other hand, is where most of the originality in music is manifest, and it is “the relationship between musical tones of various pitch and duration.” Steel comments that in Western musical traditions melodies tend to be repetitive in nature and shared across music genres.

This is important because when one breaks down music to its most basic components, it becomes clear that originality is more limited than might be supposed. Steel comments that “the use of prescribed scales, keys and structures to fashion melodic lines gave rise to a listener’s dependency on Western tonality in order to make auditory sense of the sounds.” The result is a set of rhythms and melodies that can be often found across several songs in a genre or time, as audiences become used to specific combinations that are in fashion at the time. Steel argues that cultural experiences affect both the creative process and the consumption of music, and universal themes emerge during certain periods.

Given the extensive similarity of musical composition across an era, the originality requirement in copyright law becomes difficult to satisfy in musical works. Copyright protects the expression of an idea, not that idea. The problem is that many common elements in musical creation could be considered ideas if they are widely shared across compositions of a similar genre. To the untrained ear, all music of one genre sounds much the same, so it becomes the task of the trier of fact to try to draw the line of where a work has passed from using the ideas of a genre into the infringement of the expression of the ideas. Blurred lines, if you may. But drawing these lines is not the only challenge because judges and juries must also determine if the copying has been substantial, and therefore worthy of being declared copyright infringement.

Steel analyses several famous music cases to try to discern whether the application of the originality test was properly applied in music. Of particular interest is Francis Day & Hunter v. Bron, where the Court of Appeal of England and Wales ruled against infringement as to two compositions that appeared to share some similarity. The similarity alone was not enough to warrant infringement because the court decided that there also had to be a causal connection between the works – in other words, the defendant had to have been familiar with the claimant’s work. The evidence did not prove this, so the court dismissed the appeal.

Another interesting case is Larrikin v. EMI Songs Australia, which involved the famous song “Down Under” by the Australian band Men at Work. The rights holders of a folk song called “Kookaburra Sits in the Old Gum Tree” sued the owners of “Down Under” for copyright infringement. The judge presiding over this case found for the plaintiffs because the two songs shared objective similarity, the composers admitted that they were familiar with the “Kookaburra” song, and there was substantial copying taking place. The “Down Under” decision was met with a level of public scepticism similar to that shown with the “Blurred Lines” case. Steel comments that some music experts even argue that “Kookaburra” is itself a copy of an older Welsh folk song.

Steel concludes that the current test for originality in music does not recognize the often derivative nature of musical creation. It also fails to accept that some basic musical elements tend to be shared across genres and times. She proposes that the examination of originality should take into account “commonality in musical works” and advocates for a much wider range of unprotected musical ideas.

This is an excellent article that proposes a new exploration of how courts approach originality in music. When so many people disagree with the state of the law, there is a good chance that current standards may not reflect reality. This article proposes an interesting retake on an old standard. A remix, if you may.