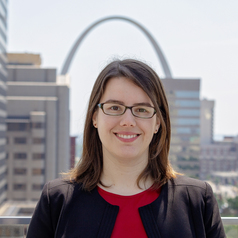 The apparent one-size-fits-all configuration of contemporary intellectual property systems has troubled many a scholar. The topic has a particular salience in patent law and policy, where debates about the need to tailor legal regimes to technology-specific domains remain an evergreentheme. Stefania Fusco takes an interesting spin on that debate by looking backwards—far backwards, to the place and industry that are inextricably tied to the imagination of patent aficionados as the birthplace of the formalized patent system: early modern Venice and its glassmaking industry. And she puts forward an intriguing proposition: the place that exported the patent system to Europe and the United States had tailorable components, designed to calibrate incentives to innovation; why do we not consider a similar approach in early 21st century America?

In Murano Glass Vase, Fusco briefly recounts the history of the glassmaking industry in Venice, framing it as the natural experiment from which the patent system sprang into the world. In the past, the Venetian model has received the attention of legal scholars like Ted Sichelman and Sean O’Connor, who explored the competition-enhancing properties of patents issued by the Venetian state. Like her predecessors, Fusco emphasizes the mix of exclusionary rights and trade secrecy that formed the backbone of Venetian innovation policy against the backdrop of a heavily regulated and protectionist economy. She describes how that mix was key in attracting foreign talent to Venice and how it facilitated technology transfer among the city state and the outer world.

In Lessons from the Past: The Venetian Republic’s Tailoring of Patent Protection to the Characteristics of the Invention, Fusco draws on original research performed at the Venetian State Archives to further the Murano narrative by looking at how the Venetian government fueled an ad hoc patent regime across industries by tailoring it to specific technologies. While Lessons from the Past makes several contributions of historical and comparative interest, I would like to focus on Fusco’s study of the implications of regime tailoring for regulatory policy. After all, it is not every day that someone discusses Venice in 1474 in the same breath (or abstract) as the 2011 Leahy-Smith America Invents Act.

1474 was the year in which the Venetian Patent Act was enacted, originating a system that was quite similar to contemporary statutory patent regimes: Venetian patents were issued for a period of 10 years and a fixed monetary penalty was established for patent infringement. At the same time, a customary patent regime also developed. Customary patents, unlike statutory ones, were flexible: they could be awarded for a fixed period of time, varying between 10 and 60 years, for life or in perpetuity; and the penalty for infringement could take the form of a per-item formula or a flat fee, set at a value well above statutory recovery. As Fusco’s research shows, the Senate used this flexibility to grant lengthier terms to patents relevant to certain fields (chief among which, that of water-related technology, ever so important to a city build in a lagoon).

Fusco then explores work by Lemley and Burk to tie the Venetian experience to the question of whether it would be appropriate today to tailor existing patent regimes to certain fields of technology. Of course, some of the mechanisms that were available to Venetian regulators are no longer an option in this era of international harmonized intellectual property regimes. For instance, article 33 of the TRIPS Agreement precludes the possibility of patent terms shorter than 20 years, while article 27 makes it hard for national legislators to differentiate between fields of technology for market-related purposes. At the same time, numerous tailoring possibilities are now available to domestic players in the intellectual property arena, which have been explored elsewhere in the literature over the past few decades. Among these tailoring possibilities, the impact of the Federal Circuit—as an agent of de facto tailoring—in the field of biotechnology comes to mind. At a different level—and as an example of legislative tailoring—the pre-America Invents Act non-obviousness provision in the Patent Act expressly carved an exceptional regime for biotechnologies.

Lessons from the Past, however, goes beyond drawing inspiration from the rather blunt policy tools available to Venetian regulators at the dawn of intellectual property regimes. Instead, through her thorough examination of the institutional architecture of Venetian patent law, Fusco invites us to revisit our own regulatory landscape. She reminds us of a feature often overlooked when we tend to the minutiae of patent policy, technology regulation, and the design of incentives regimes: the U.S. Patent and Trademark Office (PTO) is somewhat of an oddity. And no, for once we are not talking about inter partes review and the patent death squad. But the PTO remains a singular case in the regulatory landscape: an agency with very limited rule-making authority, particularly at the substantive level. It is not the kind of oddity we can/should necessarily do away with, but perhaps we should question it more often.

While building on work by Jonathan Masur on regulatory design, Fusco highlights the sharp contrast between the PTO and agencies with robust rule-making authority, focusing on the Environmental Protection Agency (EPA), the Securities and Exchange Commission (SEC) and the Occupational Safety and Health Administration (OSHA). I would add to these the Food and Drug Administration (FDA), which often deals with areas of technology that overlap with those of the PTO—and, for that matter, with Venice’s experiments involving heavily regulated industries at the cross-roads between patent protection and trade secrecy. The potential parallels (or lack thereof) between the PTO and the FDA strike me as particularly interesting. Contemporary scholarship has explored the role of the FDA, viewing it not merely as an information gatherer and an information-production catalyst. The PTO, like the FDA, amasses enormous quantities of information on a number of subjects (from drafting techniques to the breadth and specifics of the state of the art in a given industry). Unlike the FDA, however, the PTO’s lack of rule-making authority has prevented the Agency from refining doctrines according the specificities of a given technological field. It has also insulated much of the information accumulated by the PTO from other players in the patent system—namely the Federal Circuit, which has historically been very parsimonious in seeking information from the Agency.

As Fusco reflects on the advantages of giving greater rule-making power—and consequently greater patent-tailoring power—to the PTO, I also see future pathways of inquiry that connect her work with that of Daniel Carpenter on regulatory structures, as well as issues like agency capture and agency-industry relationships.

To this reader, Fusco’s articles on the birth of the patent regime are therefore less of a historical narrative and more of a contemporary reframing of persistent issues in our patent law, policy and regulatory spaces. I think they will be of interest even to those working outside the intellectual property arena—from administrative law to the sociology of innovation. And to those who enjoy drinking out of fine Venetian glass, of course.