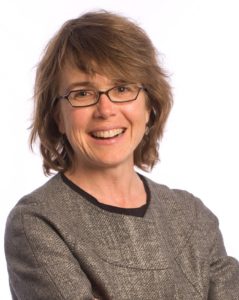 How many law review articles begin with a scene from Wayne’s World?  For Sonia Katyal, such an opening is par for the course.  Since she entered the scene a decade ago, Katyal’s scholarship has celebrated irreverence, and examined the ways in which the law tolerates, enables, and often discourages commentary on dominant culture, icons, and in this case, brands.  This essay – written for a symposium on advertising and the law at SUNY Buffalo Law School – continues the Katyal tradition.

In Stealth Marketing, Katyal takes up the question of whether and how the law should deal with the increasing convergence between speech from trademark holders and speech about trademark holders.  The essay picks up on a phenomenon that Ellen Goodman raised several years ago in her article, Stealth Marketing and Editorial Integrity, 85 Tex. L. Rev. 83 (2006).  Goodman’s piece had explored the various ways in which advertisers pay to slip their messages into communicative products, leaving consumers uncertain as to the objectivity or veracity of the content they consume.  Goodman’s inquiry focused on the extent to which the law can or should require disclosure when a business, advocacy organization, or even an arm of the government pays to have its messages incorporated into a third party’s communicative work.

Katyal’s essay observes that the growth of stealth marketing has coincided with another cultural phenomenon:  the use of “anti-branding” by commentators seeking to shape popular perception of dominant brands.  Anti-branding involves the use of a brand to comment on the brand itself or to make a broader social commentary about advertising, consumerism, or some other political or societal concern.  Katyal gives several colorful examples of anti-branding.  Take the Absolut Nonsense campaign:

[A]n image of an Absolut vodka bottle is depicted with the slogan, “Any suggestion that our advertising campaign has contributed to alcoholism, drunk driving, or wife and child beating is absolute nonsense.  No one pays any attention to advertising.” (P. 807).

As Katyal points out, this use of the ABSOLUT mark arguably aims at several different targets at once:  the ABSOLUT vodka product, the ABSOLUT marketing campaign, and the general practice of advertising.  (One could easily add other satirical targets to this list, including our society’s widespread denial of alcohol’s harmful effects.).  More generally, anti-branding seeks to “expose, dissect, and then recode messages in advertising.”  (P. 811).  It uses marks to convey a message that may be complementary, oppositional, or orthogonal to the one cultivated by the trademark holder, but that comes from a distinct – and often critical – source.

Although Katyal spends some time exploring the extent to which the law allows or obstructs various forms of anti-branding, her real goal in this essay is to make a different point:  that the existence of this often irreverent, ironic, edgy, and unauthorized use of marks further complicates consumers’ perception of the many different communicative forms in which they encounter trademarks in their everyday lives.  As Katyal observes, stealth marketing itself has begun to take on some of the characteristics of anti-branding, by using third-party agents and sometimes self-mocking messages to enhance brand awareness among consumers.  In the afore-mentioned Wayne’s World scene, for example, the actors ridiculed the idea of product placement while guzzling and gobbling brand name food and drinks on-screen.  As stealth marketing itself becomes edgier, stealthier, and more irreverent – and as it broadens the cast of spokespeople paid to achieve its commercial objectives – consumers may have an ever-harder time distinguishing between messages conveyed by objective third parties and those delivered, sponsored, or paid for by the trademark holder.  Anti-branding and stealth marketing, in other words, may become increasingly indistinguishable.

Katyal does not fully develop the normative implications of her insights, nor does she pretend to.  She gives an approving nod to suggestions by Rebecca Tushnet and Ellen Goodman to increase disclosure of payments to those who tout, mention, or otherwise promote particular brands.  And she mentions the Federal Trade Commission’s recent movement in that direction.  But the essay’s real value lies in its artful description of the complex ways in which old-fashioned branding, anti-branding, and stealth and guerrilla branding appear, overlap, and interact, and the implications for our information-overloaded society.  Besides, it’s an awfully fun read.