Mulligan, Christina, The Cost of Personal Property Servitudes: Lessons for the Internet of Things (July 14, 2014). Available at SSRN. 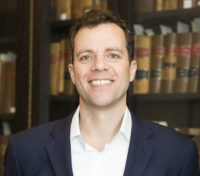 Property scholars have long noted a peculiar inconsistency between real and chattel property. While law increasingly tolerates different forms of ownership in and servitudes limiting the use of land, it has remained steadfastly resistant to such restrictions in the context of personal property. In her sharp new paper, “The Cost of Personal Property Servitudes: Lessons for the Internet of Things,” Christina Mulligan shows that this long-lamented inconsistency isn’t a problem at all, but rather a sensible distinction that flows naturally from the core differences between real and chattel property. This insight not only helps explain a longstanding puzzle in property law, but sheds new light on the increasing practice of content owners using license agreements to restrict the use of digital goods.

From a purely formal perspective, one might reasonably wonder why courts allow increasing complexity in real property ownership—from historical forms like contingent remainders and fees simple subject to executory limitation to modern innovations like condominiums and time-shares—while insisting that no such variation is permitted with respect to chattels. If I can have a defeasible fee interest or a time-share in a vacation home in Boca Raton, why not also in a Rolex or a refrigerator? This seeming has engaged scholars since Coke. Most recently, Molly Van Houweling investigated contract-based restrictions on personal property from the perspective of physical property, suggesting that the same concerns that warrant skepticism about servitudes on real property may be used to govern servitudes in the context of personal property as well.

Mulligan takes a different approach to this issue altogether. Instead of proposing a way to render uniform law’s treatment of real and personal property servitudes, she instead seeks a way to show that what other scholars have treated as a formal inconsistency actually rests on solid practical grounds. Mulligan deploys Merrill and Smith’s information costs defense of limited forms of property rights. Because chattels, unlike land, tend to be small, mobile and fungible, it will prove very difficult for a buyer to determine whether those chattels are heavily encumbered by restrictions or free for any sort of use. And since personalty tends to be worth less than land, these information costs will loom as an even greater burden to purchasers of chattel property than they would to real property. After all, it would be well worth the money to pay $1000 to clear title to a $200,000 vacant lot you’re thinking of purchasing, but you’d be a fool to shell out that amount to make sure there are no encumbrances on a $200 watch. And finally, Mulligan aptly observes that while one needs to investigate the state of title in real property relatively rarely, we purchase and interact with things all the time, so that in a world where we had to worry about use restrictions constantly, we would have to overcome information costs multiple times on a daily basis.

In answer to the longstanding question why law is conflicted in its treatment of servitudes on land and things, Christina Mulligan has shown us that the question itself is misconceived. There is not a conflict at all, but rather a perfectly plausible approach to managing the different information costs associated with real and personal property. Mulligan’s elegant information cost solution to this problem invites even more reasons that law may wisely choose to disfavor use restrictions on chattel property. Consider, for example, how information costs may play out in light of knowledge asymmetries between buyers and sellers of chattel property. Sellers’ greater knowledge and expertise would allow them to exploit information costs to systematically disadvantage end users. Imagine, for example, than an unscrupulous seller wants to sell books subject to a long, complex series of use restrictions, including the requirement that buyers will return the copy after six months of use. There’s a pretty good chance that many consumers will fail to smoke out this trap embedded in the Sargasso Sea of boilerplate—after all, it’s just a book, and hardly worth all the trouble of wading through a long agreement. But if law simply sidelines the whole idea of use restrictions on chattel property for a rule that says “when you buy it, it’s yours, no exceptions,” then we avoid this risk of consumer exploitation in addition to lowering information costs.

The nefarious bookseller in my example is hardly fictional. The Supreme Court’s 2013 decision in Kirtsaeng v. John Wiley Co. involved the legality of resale restrictions on textbooks sold in foreign markets, and most law professors have received at least a few desk copies plastered in big, ugly stickers reading “for professor use only.” The notion of imposing servitudes on chattel property may have been historically disfavored, but this apparently hasn’t prevented contemporary content owners from pushing the practice. In fact, as Mulligan correctly observes, use restrictions on personal property threaten to become ever more pervasive with the advent of the “internet of things”—the increasing enmeshment of everyday items with copyrighted software. Given courts’ peculiar toleration for use limits on software via licensing, and the ever-growing presence of computer programs embedded in cars, watches, and even refrigerators, long-rejected chattel servitudes may be approaching faster than we realize.

And here is where Mulligan’s focus on chattel property hits a normative wall. Information costs tell us a lot about why personal property servitudes are a bad idea, or at least a worse idea than they are in the context of real property. But the threat of pervasive, cost-prohibitive use restrictions on the countless things we own and use in our daily life isn’t merely, or even primarily, a property problem, but a contract problem. Software companies don’t regard themselves as selling copies of their programs that are subject to limited use rights. Rather, they portray these transfers as mere licenses, so that users are not owners of copies at all, but mere licensees, with the limits on their use—however draconian—flowing from the limited nature of licensure itself. So even if we agree—as Mulligan convincingly argues we should—that chattel property doctrine wisely disfavors use restrictions, this doesn’t answer the much harder question of what this means for owners’ ability to contract. And while there is no shortage of proposals for limiting how owners can license uses of their works of authorship, it bears remembering that owners are under no obligation to permit uses of their works at all, so a regime that excessively burdened their freedom of contract might lead owners to simply not contract—or engage in creative production—at all.

Scholarship should be measured by what it does, not by what it fails to do, and by that standard, Christina Mulligan’s “The Cost of Personal Property Servitudes” succeeds admirably. Her information-cost critique of chattel property servitudes not only helps to illuminate a longstanding puzzle in property law, but also moves the ball forward on the socially important and legally difficult issues raised by the increasing ubiquity of computer software in the objects that populate our daily lives. Mulligan’s insightful article also provides more evidence that there is more to be gained by investigating, rather than reflexively resisting, the essential commonalities between physical and intellectual property.