Trademark Use on the Loose 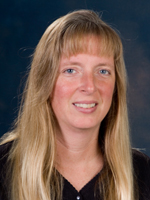 Not all uses of a trademark constitute trademark use. It is this proposition that brings consternation and confusion to courts and legal scholars alike. Mark McKenna looked into this abyss, the abyss looked back at him, and neither liked what they saw: a pitched but ultimately unhelpful ongoing debate about the “trademark use” doctrine. And so he sought to shrink this chasm with insightful analysis.

The abstract for Mark P. McKenna’s recent article Trademark Use and the Problem of Source is as follows:

It is a terrific article because it lays out the complexities of the “trademark use” doctrine in a clear and comprehensive manner. McKenna does a wonderful job of explaining the approaches that courts take to defining and using the “trademark use” doctrine, and also summarizes and critiques the scholarly debate over the concept. McKenna astutely notes that if “trademark use” could be delineated with bright lines, the doctrine could bring predictability to trademark disputes in which courts need to determine whether the unauthorized use of a trademark ought to trigger liability under the Lanham Act. But unfortunately, he ruefully observes, defining “trademark use” in a clear and consistent manner has so far proven impossible. This is because “trademark use” is not susceptible to a fixed definition. Instead it is inextricably linked, piecemeal, to any given court’s determination, usually based on intuition rather than facts, about whether consumers will perceive the use to be source identifying.

McKenna correctly criticizes the view that a signifier of “trademark use” is a deployment that is likely to cause confusion. If likelihood of confusion is the benchmark that creates an actionable wrong, the “trademark use” doctrine adds nothing to a court’s analytical toolbox. But if it is unbound from courts’ projections about consumer understandings of source, and instead given boundaries related to specific relationships, McKenna argues that a reconfigured “trademark use” doctrine can bring renewed coherence to trademark law.

The scope of trademark rights are delineated by use of the mark. If the mark “Smith” is used as a trademark for screwdrivers in commerce, the rights that accrue preclude others from using the same or similar mark on the same or similar products. That is simple enough. Where things start to get complicated is when an online hardware store uses the “Smith Screwdrivers” mark to indicate that Smith screwdrivers can be purchased there. Or when an artist writes a song referencing Smith Screwdrivers and releases it commercially. Or when an Internet search engine assumes the people searching for web pages using the words “Smith Screwdrivers” would like to see results relating to competing brands of screwdrivers as well as the authorized Smith website.  Consumers may well believe that these uses cannot legally be undertaken without the permission of the mark holder, but that does not transmogrify these uses of the Smith trademark into trademark uses. None is an effort to mark or sell counterfeit or competing screwdrivers, so none are uses of the mark in commerce as a trademark. Seems pretty clear to me, but as McKenna aptly illustrates, many courts and commentators would not agree.

In iterating the deficiencies with current conceptions of the “trademark use” doctrine McKenna also constructs a broader critique of trademark law generally; there is a pervasive over-reliance on alleged consumer understandings, which are often discerned primarily via instinct and divination by judges who harbor a wide range of assumptions about the mental capacities of their fellow citizens. This leads to uncertainty and precludes effective checks upon inappropriately broad assertions of trademark powers.

Consumers may indeed harbor many misconceptions about the accrual and scope of trademark rights, but asking judges to attempt to predict and account for projected misunderstandings one case at a time is not a good way to bring clarity or coherence to Lanham Act jurisprudence. Construction of reliable limiting principles for “trademark use” can serve as a model for reigning in expansionist trademark lawmaking generally; McKenna is quite convincing about this, and in my view, absolutely correct.