Of Trademarks and Brands 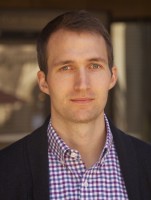 As Stacey Dogan noted in her recent review of Bob Bone’s Taking the Confusion Out of “Likelihood of Confusion”: Toward a More Sensible Approach to Trademark Infringement, trademark law is at a bit of a crossroads. Scholars increasingly question basic tenets of trademark law and seek explanations for our blinkered theories of trademarks. Among recent attempts at comprehensive trademark law frameworks, some are good, some great, some … not.

The most insightful and satisfying of these is Deven Desai’s From Trademarks to Brands, which continues a line of research Desai started with Spencer Waller several years ago. From Trademarks to Brands mines the “brand theory” marketing literature for wisdom about the continuous expansion of trademark law. He struck a vein. Desai begins by disaggregating three views of brand value in the literature: (1) the corporate view, in which the firm owns and controls the brand, with consumers passively receiving brand information; (2) the noncorporate view, in which consumers and communities construct brand value; and (3) a synthesized view, in which all these stakeholders co-create brand value by using the brand as an information resource.

Desai argues that trademark law implements brand theory by blurring the focus on source identification. In this traditional focus, a trademark referred to product source. This typically meant that producers limited a mark’s use for a flagship product: Coca-Cola and Pepsi are carbonated drinks and Vaseline is a petroleum jelly.

Trademark law no longer subscribes to that view. Rather, as Desai shows, trademark law has increasingly come to protect (and mark owners increasingly manage) other parts of the brand—namely trade dress and expressive meanings attached to the brand. Sometimes this management is benign; often it’s not.

Consider trade dress protection, which over time has moved from focusing on labeling to product design (and the mysterious tertium quid of Taco Cabana v. Two Pesos). For Desai, “[p]ackaging provided product information and simultaneously served a company’s larger brand project. . . . allow[ing] for greater control over price and distribution, but . . . also creat[ing] a sense of nationhood and belonging.” Desai argues persuasively that the Supreme Court’s trade dress cases aren’t about how to protect particular types of trade dress, but, from a brand perspective, are about how within markets for the same products, “the lack of obvious differences between products [makes] good appearance a ‘necessity.’” The insight is compelling, but should firms be able to use trademark law to protect their interests in differentiation? If so, to what extent?

Desai highlights how trademark law doctrines have moved away from the traditional view. First, the “anonymous source doctrine” holds that when consumers recognize a mark represents a single source, they need not know the specific origin of the good at issue. The doctrine understands the mark to be the thing consumers care about, not the source. It doesn’t matter who’s building the product so long as it bears the appropriate mark, which carries with it information about the consumer’s tastes and the producer’s reputation.

Second, goodwill doctrine holds that trademarks have no intrinsic value, but are reservoirs of consumers’ feelings about a product or producer. Desai contends this doctrine and the expansion of the merchandising and licensing rights are based on a brand view of trademarks. The mark reflects reputation, not a specific product. Thus, consumers value Nike shirts not only because the brand suggests the shirt is high quality, but because consumers like the brand and the message it expresses about their wearing it. That insight applies to house marks and family marks—for example, Apple’s iPod and iPad.

Finally, consider the doctrines of initial-interest confusion, post-sale confusion, and dilution. Desai considers these as close to purely protectionist. Initial-interest confusion doctrine protects brand reputation by preventing others from diverting potential consumers’ attention—even if no actual sales are diverted. Post-sale confusion doctrine seeks to avoid uninterested third-parties’ confusion from knock-off goods; it allows firms to protect brand prestige. Dilution doctrine protects “the substantial investment the owner has made in the mark and the commercial value and aura of the mark itself” notwithstanding a lack of consumer confusion. These doctrines are unmitigated brand protection premised on the “corporate” view of brands, which endows the mark’s owner with most or all of the power to dictate mark usage and meaning.

Desai’s descriptions of trademark law and brand theory are quite convincing. He gives readers several key insights: (1) producers use trademark law to protect more than just source identification, with courts’ acquiescence; (2) this protection is generally exercised to the detriment of competitive and communicative values; and (3) we can fix it.

Desai’s explanation of how to fix the doctrine is incomplete, however. He proposes that all stakeholders shift from the corporate view to the synthesized view, which, for Desai, would lead to brands being used as two-way information resources, thereby increasing trademark’s social value. That’s fine in theory, but not in practice. The corporate view wasn’t adopted arbitrarily. Firms are unlikely to relinquish control over their marks, even nominally. (Consider this Salon article about the lengths to which brand managers go in protecting their brands.) The brand view is what leads firms like Chipotle to sue Jack in the Box and Kroger’s for use of the term “chipotle” on food that includes chipotle peppers. That kind of monopoly is bad for all of us. However well-intentioned Desai is, if the brand view were fully adopted, it would injure social welfare even more than the status quo: under the brand view’s logic, if firms compete by differentiating simply through the allure of their brands rather than the quality of their products, then we risk deterring vigorous competition in the marketplace of goods and impoverishment in the marketplace of ideas. Mark owners would assert their marks against legitimate descriptive uses of previously freely-usable terms. (See the Chipotle cases above for a current example.) But for that implication, there’s much to chew on in Desai’s article, which is a model of clarity in discussing the marketing literature.